“Ontario 559 West” is an upcoming release from Ian McGimpsey and Harrison Argatoff. Inspired primarily by Nick Drake’s “Pink Moon”, this album pairs the tenor saxophone and acoustic guitar in short, precise, and heartfelt songs. The songs were developed both independently and collaboratively in February of 2020 and are an instinctive blend of the contemporary jazz and singer-songwriter idioms.

Toronto Streets Tour is a new release from Toronto-based saxophonist Harrison Argatoff. This album captures the essence of his 2019 “Toronto Streets Tour” project, in which he performed 30 consecutive solo concerts on the streets of Toronto.

Recorded under a bridge, this solo saxophone album is made up of nine original compositions and two traditional songs. Read more about the project here.

Trout in Swimwear
Harrison²
Released on February 9th, 2020
About this group
Listen to the album

The debut CD for saxophonist Harrison Argatoff and pianist Noah Franche-Nolan, “Dreaming Hears the Still” draws heavily from western classical and jazz music, using original composition as a medium for expression and improvisation. This CD features 9 pieces that capture both unique individual musicianship and a distinct approach to the saxophone-piano instrumentation.

These compositions also explore a variety of musical forms, inspired mostly from western musical traditions. This album aims to showcase 2 new voices focused on exploration, freedom, and creativity. It is available to stream on a variety of services, or for purchase directly from Noah and myself.

Northern Ranger, Vetro’s debut album, tells the story of his travels. A jazz musician by training, Harry melded his own style of improvised music with folk and classical influences to create a deeply personal statement, one that speaks to the country as a whole.”

“This is an altogether sunny and pleasing session by the splendid University of Toronto 12tet, which sounds at times like a full-fledged big band, at others like a leaner and more even-tempered chamber jazz group. The songs and arrangements, most by members of the ensemble (including a couple by director Terry Promane), are lush and lyrical, with good use made on several numbers by the voice of Jacqueline Teh whose vocalese serves as an auxiliary instrument to add warmth and color to the palette.” – Jack Bowers (All About Jazz) 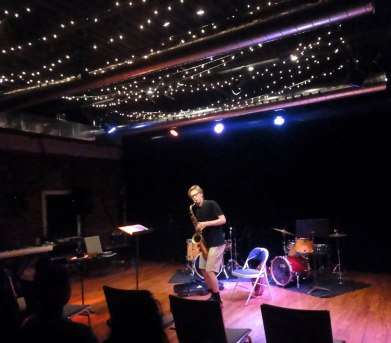 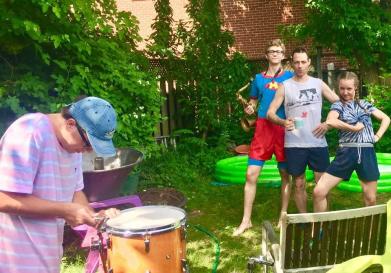 A photo of the Inner City Sirens 2 Team, for the 2018 Touring Show of Dusk Dance.